How A Family Discussion Over Morning Coffee Led To Remodeling Reality

How A Family Discussion Over Morning Coffee Led
To Remodeling Reality

Here’s The Story Of How We Took A Gorgeous Home…
And Transformed It Into An Even BETTER One.

Our now good friend Paul had a beautiful home that he felt was a little dated. He didn’t want to move, but he wanted to give his home an upgrade and hadn’t found a remodeler that gave him confidence. Though we were originally recommended to him to re-do his bathrooms and kitchen, we ended up doing much more over the course of two and a half years. In fact, all told, we remodeled two bathrooms, a kitchen, their outdoor space, AND installed a new gas fireplace.

One of our favorite projects we did for Paul and his family involved taking his somewhat out of date kitchen and transforming it into a modern, beautiful, open-concept. We re-did the cabinetry, the countertops, and even the floors. It was a complete overhaul.

And, according to Paul, the idea to transform the kitchen came from a morning discussion he and his wife had over coffee. Their kitchen had these pillars that disrupted the entire flow of the space and kept them from the open-concept kitchen they had always wanted.

Now that they had a contractor they trusted to handle a challenging remodel like this, they decided to give Arlen a call to see what the Miller Home Improvements team could do.

They were fantastic! We were able to remove the pillars and install continuous hardwood floors. We opened up the space and gave them just what they were looking for.

As Paul put it, “Arlen and his team helped us see what was possible with our home.” And that’s exactly what we wanted. We love when we get to help homeowners bring their remodeling dreams to life. 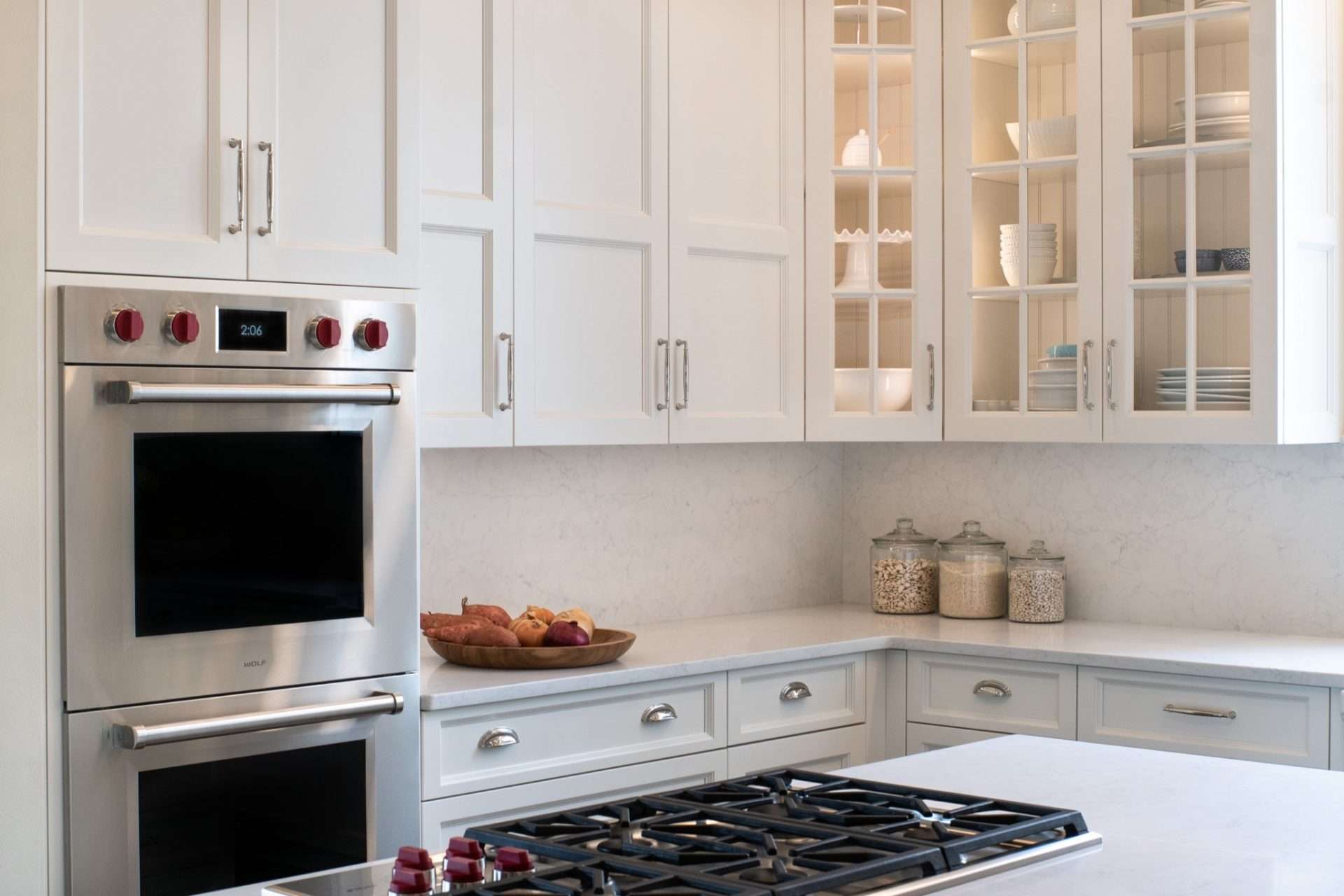 Of course, once Paul and his family got used to the new bathrooms and kitchen, they began pondering the possibilities for their deck and outdoor area.

As he put it, “Just when we thought we were done, we thought Arlen and team would be the perfect ones to update our outdoor space.”

As it turned out, another morning discussion over coffee with his wife led to Paul reaching out again to have us take a look at their current outdoor space and see if we could give it an upgrade. Their current deck was as old as their home was, and it just didn’t fit with the aesthetic they wanted.

They knew they wanted something different, but they weren’t sure exactly what yet. On this project, we once again worked WITH them to come up with the perfect design to complete their space.

Once again, it ended up working out amazingly well. Now the beautiful open concept kitchen opens up to their amazing new deck and outdoor space.

Arlen “took our 20 year old home and opened it up to a welcoming open concept kitchen and family,” he said about the project.

Miller Home Improvements came to Paul as a recommendation from a friend who said they could do justice to his bathroom and kitchen remodeling goals. Knowing the often well-deserved reputation contractors have, he was skeptical.

But, after multiple successful remodeling projects, he was convinced. Now he recommends Miller to everyone he knows who just hasn’t found the right remodeler.

And that’s exactly what we want. We love helping people in our community, and to us there’s no bigger compliment than being referred to a friend for doing amazing work.

If you think Miller Home Improvements might be right for your remodel, give us a call today at (571) 274-0513 or schedule a free quote with us online.

Find Out What Miller Has To Offer

If you’re a Northern VA homeowner with a unique remodel in mind, please give us a call at (571) 274-0513 or schedule a free consultation with us today.

Get My Free Quote